Seek The Truth, Not A Scalp

Can we navigate the Biden-Reade scandal without losing abandoning fairness and consistency?

In Midsommar, a suspense laden 2019 film set in Sweden (spoiler alert), a cult of pagans lures a group of American students to their community for a periodic festival on the summer solstice. In one of the key subplots, one of the guests is seduced by a seemingly under-age red-headed local, given an aphrodisiac, and then explicitly told and then shown when and where to have sex with her. In that surreal scene, a chorus of older women from the cult encourage them gleefully. After the deed is done, the man meets a grisly fate, his purpose served.

The symbolism of the vulnerable young woman being ravished by some disgusting beast, human or not, is rich in our western cultural heritage. St. George according to legend rescued a young princess sacrificed to a dragon by slaying it with his spear. This is the type of behaviour exhibited by the standard bearers of the Democratic Party and its presumptive nominee Joe Biden regarding sexual assault allegations. He is clearly in a poor state to be responding to allegations of events occurring in the early 1990s, and therefore they are deferring any consequences for what he did or did not do for electoral purposes. After November, the old dragon can go away, be controlled or simply be ignored. In that sense they are very similar to the villagers who tied the princess to the stake.

This is why, before those of us that would not vote for him anyway call on him to withdraw from the race, we should insist that (a) a full independent investigation occur, (b) the evidence be made public and accessible, and (c) that then Biden be allowed to decide for himself whether to withdraw. Sexual assault allegations should be settled by provable facts or at least a timeline that can be followed, whether the alleged offender is Joe Biden, Brett Kavanaugh, or Roy Moore.

My personal withholding of judgment has nothing to do with Tara Reade, but with one of the people who has pushed her story the most, Ryan Grim of The Intercept. (Grim’s cohort on the story Katie Halper, while heavily partisan herself, is excluded from this criticism). A veteran reporter with a history of investigations not just on politics but drug addiction, Grim was also the person who aired the charges against now-Justice Kavanaugh from Dr. Christine Blasey Ford. If Grim wants to maintain the story that he found Ford’s allegations credible absent any placement, time, or corroborating witnesses, that is up to him. And like him there are some people that believe Tara Reade because they believed Dr. Ford. But after dragging Kavanaugh through an embarrassing public show trial as part of his confirmation hearings, Ford could not produce one shred of evidence or even corroboration. Her declarations that she had to drive cross country to reach Washington, DC due to a fear of flying for example were shown to be transparently false when she conceded that she regularly vacationed in Hawaii and other places. And ironically given the circumstances and Grim’s role in bringing her allegations to light, Dr. Ford has not issued any statement concerning the Reade case. This from a woman who in her Senate testimony opening statement said said: “All sexual assault victims should be able to decide for themselves whether their private experience is made public.”

What rankled me at the time was the fact that this was not the first time that Grim was presenting a story using shaky factual foundations or clearly political framing. In 2017 he characterized Project Veritas founder James O’Keefe as a “gadfly” and “provocateur” when he hinted that he would release hundreds of hours of footage of behind the scenes conversations at a major news organization. This later turned out to be the #AmericanPravda story that exposed how the network was milking coverage of the Trump-Russia saga in order to boost ratings without verifying the information, and that producers within the network considered it to be “bullshit”. But for Grim that wasn’t important; he would join The Young Turks in 2017, which fully swallowed the Russian collusion theory for three years even after the Mueller Report was released. For him CNN’s sensationalist reporting was probably what passed for normal journalism at the time.

In 2018 Grim alleged that Brett Kavanaugh was aware that Alex Kozinski, a 9th Circuit federal judge for whom he had clerked early in his career, probably was aware of lewd photos and content that he was sharing on a Listserv and a website. But according to Grim’s timeline Kozinski’s site was discovered in 2008, over sixteen years after Kavanaugh had ceased to clerk for him. Grim was assuming that Kozinski’s site had been in operation in 1991 and that all of his staff were viewing it.

Most glaringly however, Ryan Grim was the journalist who while writing for the Huffington Post was most instrumental in giving credence to the false allegations that Russian bots had attempted to manipulate Bernie Bro voter Facebook groups. While himself a progressive, Grim was fully willing to buy the technologically inconsistent story of John Mattes that he had identified a pattern of Eastern European sock accounts attempting to dissuade Bernie Sanders voters from voting for Hillary Clinton in 2016. Thanks to the attention the story received, Mattes’ “research” was used for a segment by Rachel Maddow in which she defamed several Bernie activists by name as sock accounts. All of them were real people, and two of them personally knew Mattes. I researched that story, spoke to the voters smeared by Maddow, and had a summary of it published this February in National File. Unfortunately, Grim’s role in this journalistic canard has remained unnoticed.

So given his track record of reporting based on speculation, innuendo, and half baked hoaxes, I place an extra box of salt shakers on any story pushed forward by Ryan Grim, even if Tara Reade may be telling the truth.

In order to bring this issue to a fair conclusion, I would propose the following steps.

My skepticism has nothing to do with the political ramifications of a Biden exit, but rather with allowing the campaign the chance to process this issue instead of rushing to a decision. Biden’s past actions cannot be exclusively be judged in the context of whether he is “electable” or not.

What I am also not saying is that Biden is exempt from any consequences. Despite all of his clear inadequacies and the lack of real deliberation over the charges, several Democratic women have already come forward to declare that they will vote for Biden even if Reade’s accusations of his digital penetration of her in 1993 are proven to be true. Here is just a small selection of such pronouncements:

In one tweet that went viral, a Democratic voter declared “Joe Biden could rape ME in the middle of Fifth Avenue and I would still vote for him before I would vote for Trump or Sanders. #ForReal #StopTheStupid“.

This subculture of chardonnay she appeasers is exactly why the allegations against Biden, like those concerning Kavanaugh, remain a political issue rather than one about determining the truth. Unfortunately for Tara Reade, they have much in common with Ryan Grim.

- Advertisement -
Facebook
Twitter
Email
Previous article
Was The Ahmaud Arbery Shooting Justified Or Not?
Next article
UK Scientist Behind Lockdown BREAKS It With Married Lover! 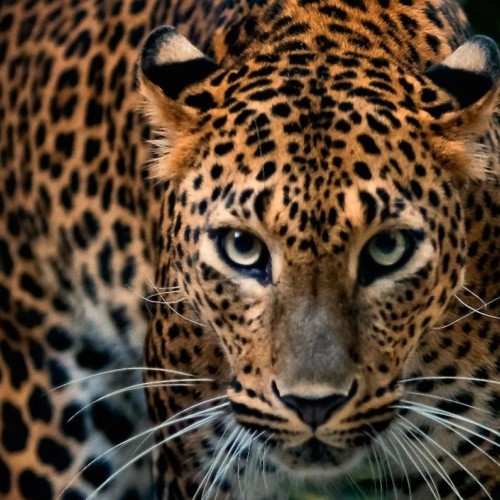 Kanye (Ye) West Has A Disastrous Dinner With Donald Trump